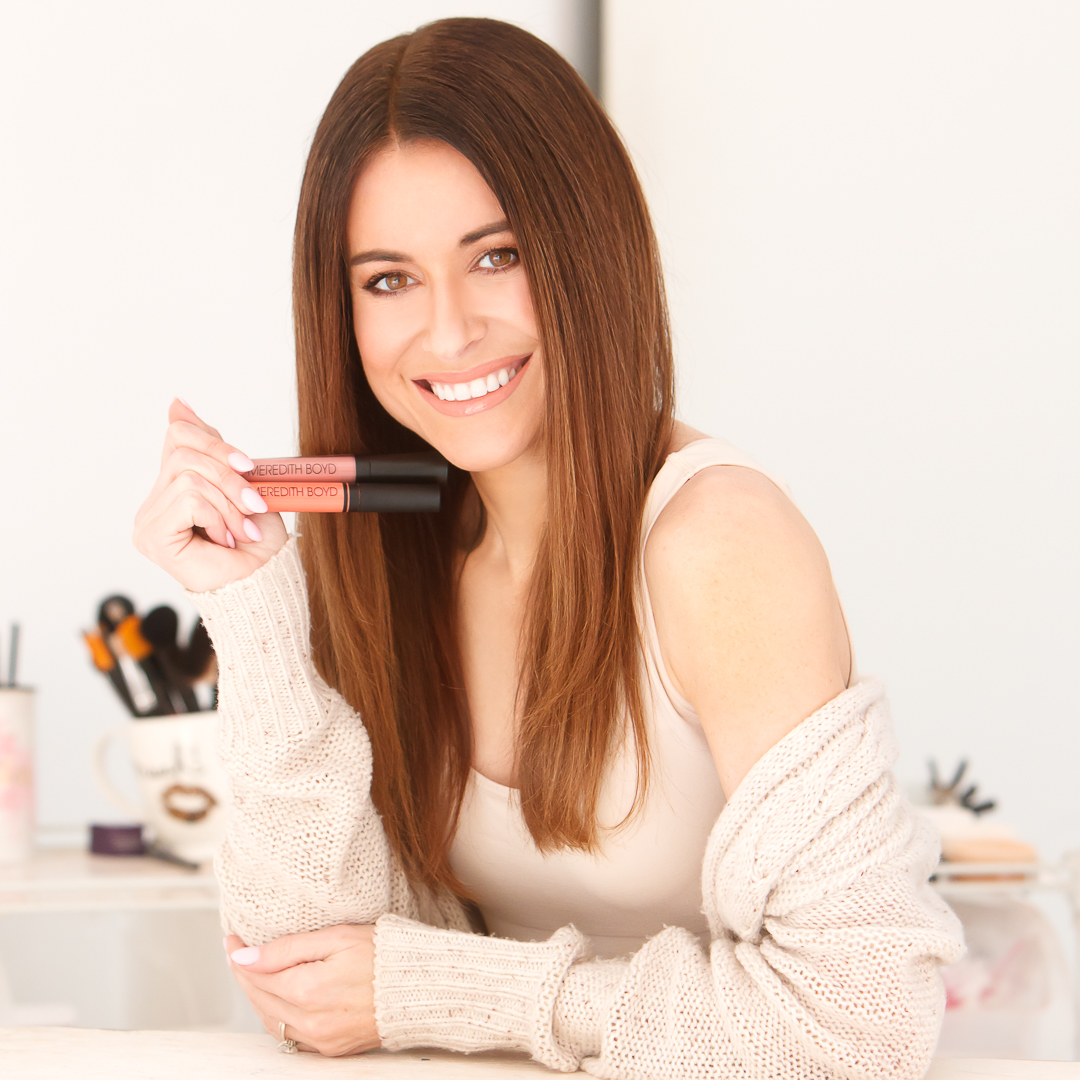 As an official makeup artist for Miss America and Miss USA pageant systems, Meredith has beautified thousands of state and national winners across the U.S. and abroad. No stranger to the pageant stage, she has won 12 pageant titles and most notably Mrs. Georgia United States 2003 and Mrs. Georgia International 2008, placing in the top five at both pageants.

Born out of the desire to achieve a flawless look on camera for clients, she created Meredith Boyd Cosmetics in 1999, a color cosmetics line developed exclusively for print and television. Her experience on set in television has enabled Meredith to pursue her passion of empowering her clients with the tools and knowledge of loving how to use cosmetics and skin care for everyday beauty and all night glam. She teaches seminars nationwide and collegiate level and shares exciting and effortless ways to look and feel beautiful at any age.

She earned a Bachelor of Science degree in Communications with emphasis in Public Relations, and studied: acting, stage makeup, scene painting and costume design at Georgia Southern University. She was an anchor and reporter for a local CNN affiliate, public relations executive, signed professional model and makeup artist that worked around the clock mentoring alongside celebrity artists and photographers cultivating her makeup artistry skills to where she is today.

Voted "Best Makeup Artist” by Global Beauty Awards, "Best of the Best Makeup Artist in the Nation" by TFTJ Online and "Best Makeup Artist" by Pageant Planet. She is an avid public speaker and national spokesperson for the Arthritis Foundation, Boyd graced the cover of Arthritis Today for her longstanding philanthropic efforts. She was awarded the prestigious President’s Daily Points of Light award for her commitment to serving the youth of America through volunteerism by President George W. Bush. Boyd was also featured in Cobb Life Magazine as one of the “20 Under 40 Rising Stars in Business” and named one of the “50 Most Beautiful Atlantans” by Jezebel Magazine.

She is a native of New Orleans, Louisiana and resides in Atlanta, Georgia with her husband, Matt Boyd who is a notable professional fashion photographer. Together, they travel as the “dynamic duo” of pageantry creating flawless looks for clients around the globe.